If you are vegetarian or vegan, it can sometimes be difficult to find options for dining out. To Walt Disney World, they are amazing when it comes to particular dietary restrictions, whether by choice or allergy. Last Saturday, I celebrated my birthday at the Cape May Cafe at Disney’s Beach Club Resort. This is a buffet style seafood restaurant, and as a vegan there were very few options at the buffet. This is where the magic of Disney comes in. Their head chef, named Chef TJ, is amazing. If you are vegan, he will prepare a meal specially adapted to your dietary needs.

Once seated, let your server know that you are vegan or have any special dietary restrictions. They will inform Chef TJ and you will get the most amazing meal. This may not be the meal that is served every time at Cape May Cafe, but it is what we were served on June 11, 2022. 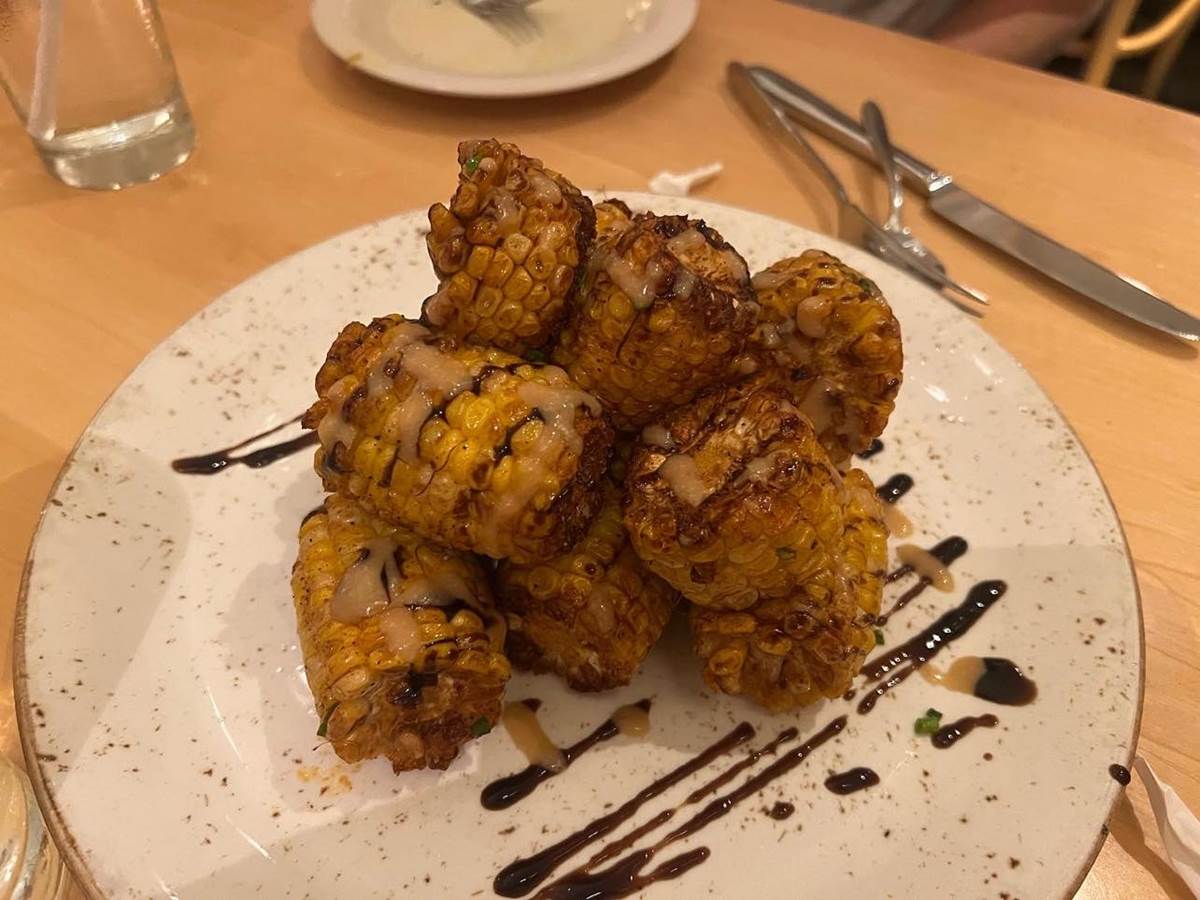 It started with grilled corn that was seasoned to perfection. Although one member of our party was not a vegetarian or vegan, he liked this corn better than what was on the buffet. 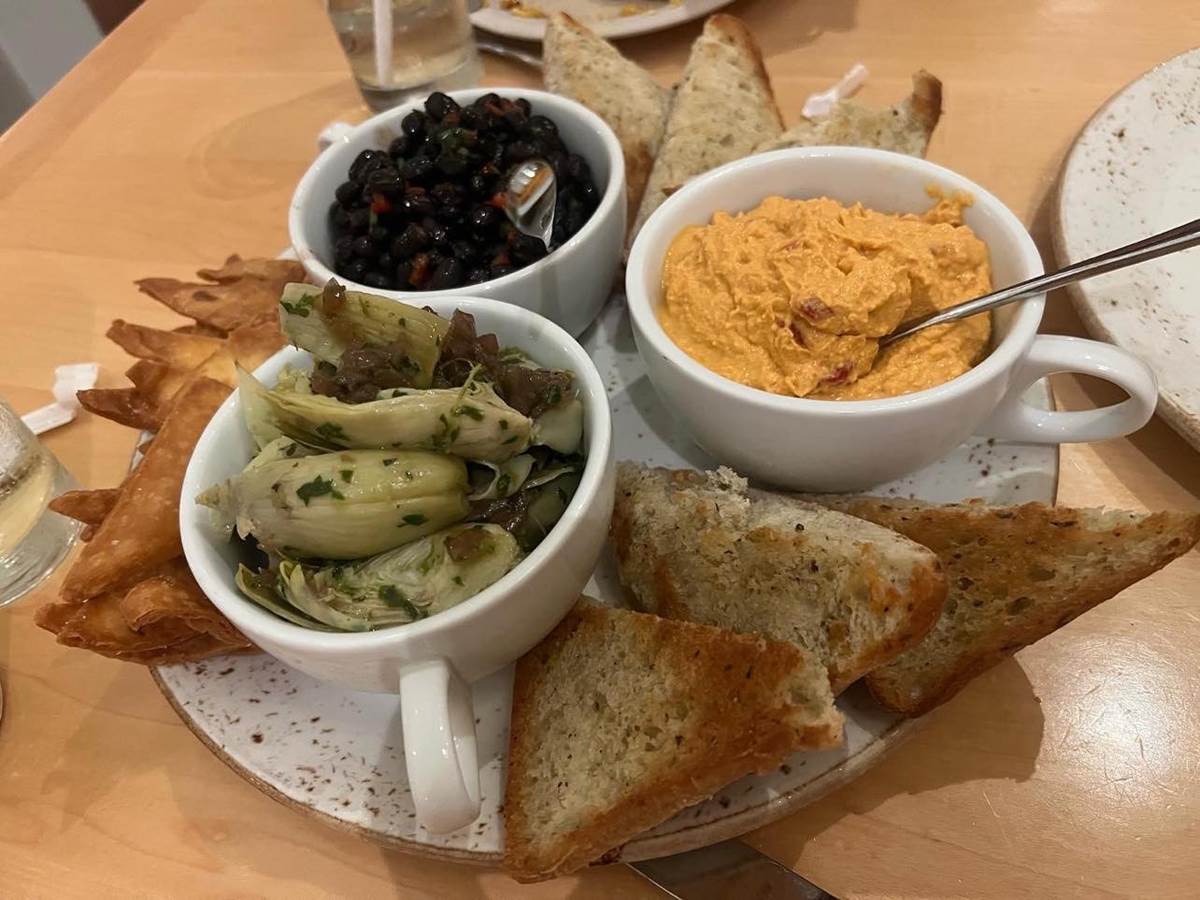 Then we were served garlic bread with beans, artichokes and hummus. We are also given in-house made chips. 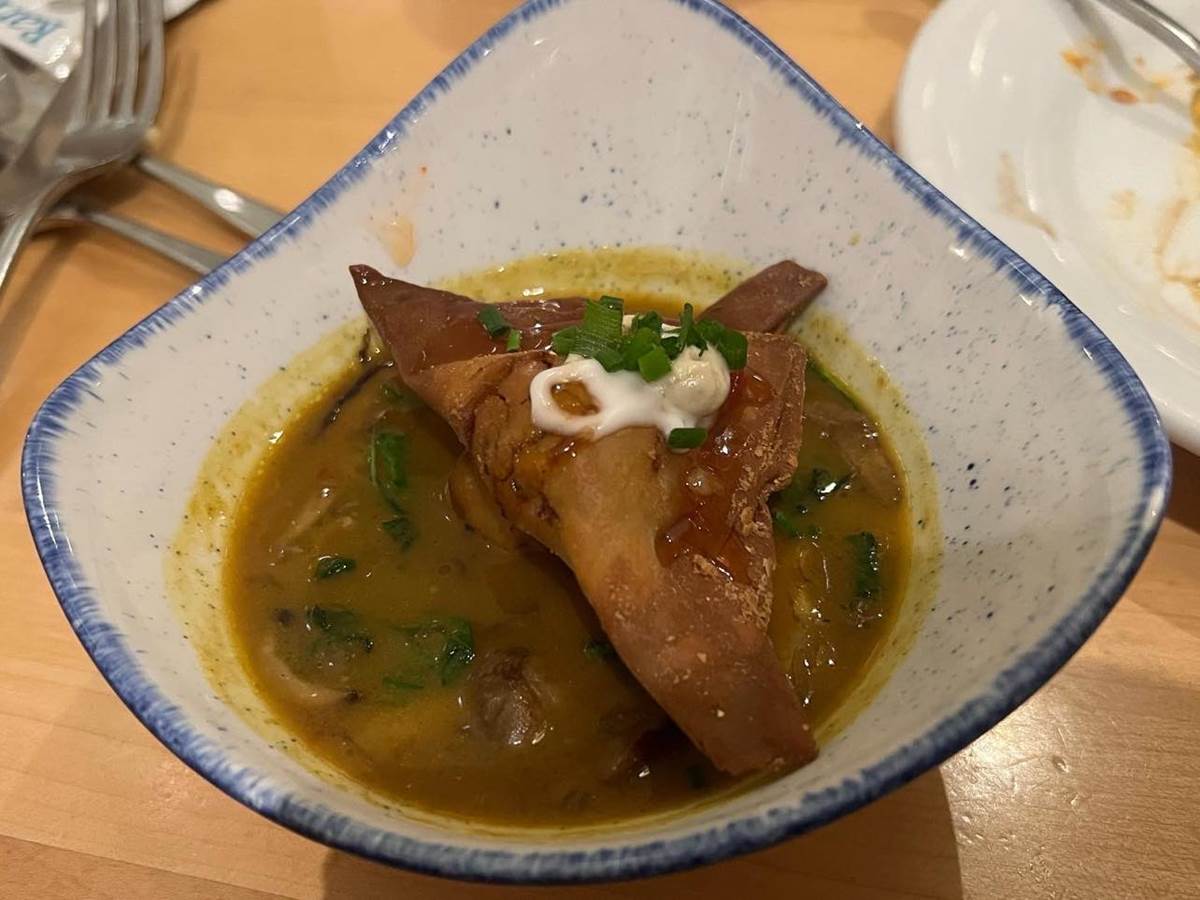 The food kept coming, with a bowl of sweet and spicy soup at a time. It had mushrooms, spinach and was topped with a samosa with green onions and vegan sour cream. 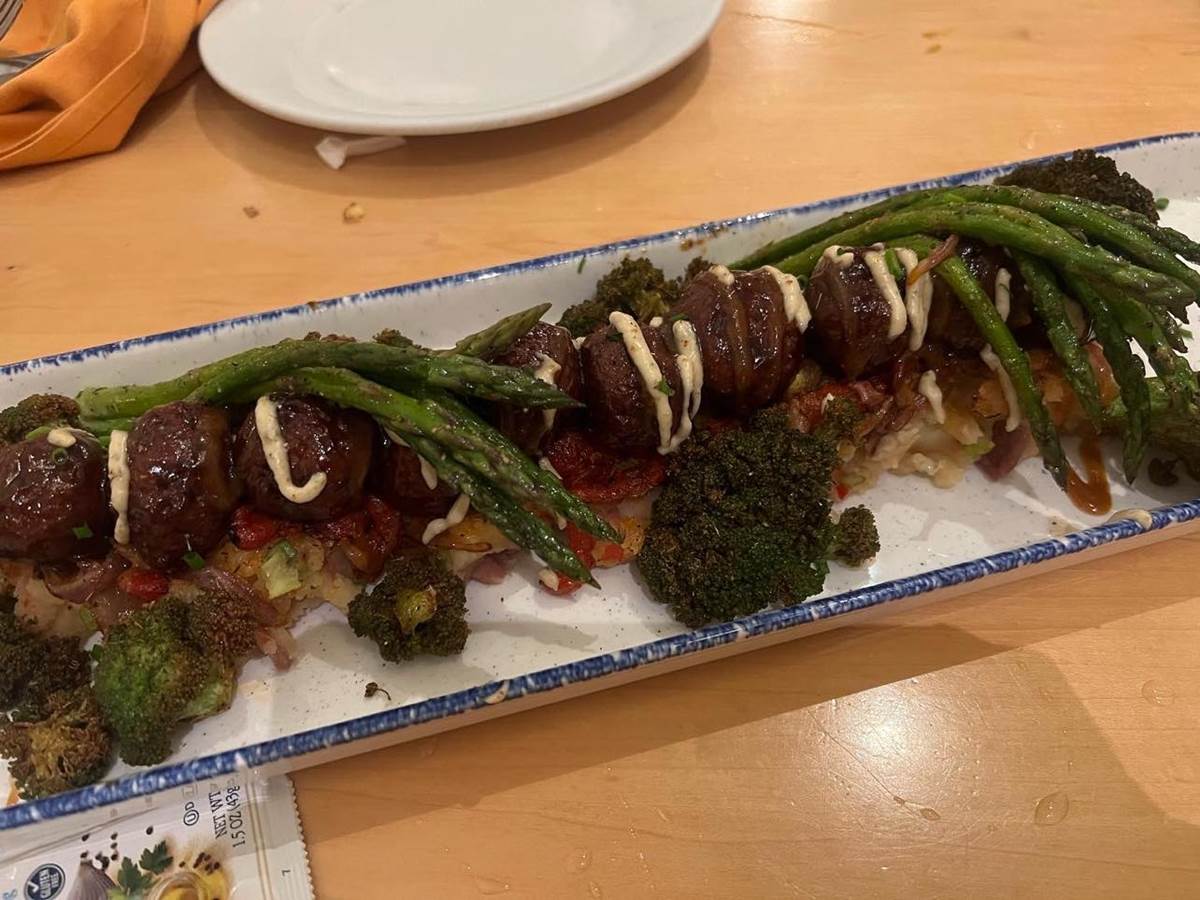 The main entrance hadn’t even arrived yet, and when it arrived we were already full, but we made room. It was honestly one of the best things I’ve ever had. It was potatoes with broccoli, asparagus and other vegetables topped with vegan meatballs. Everything was perfectly seasoned. 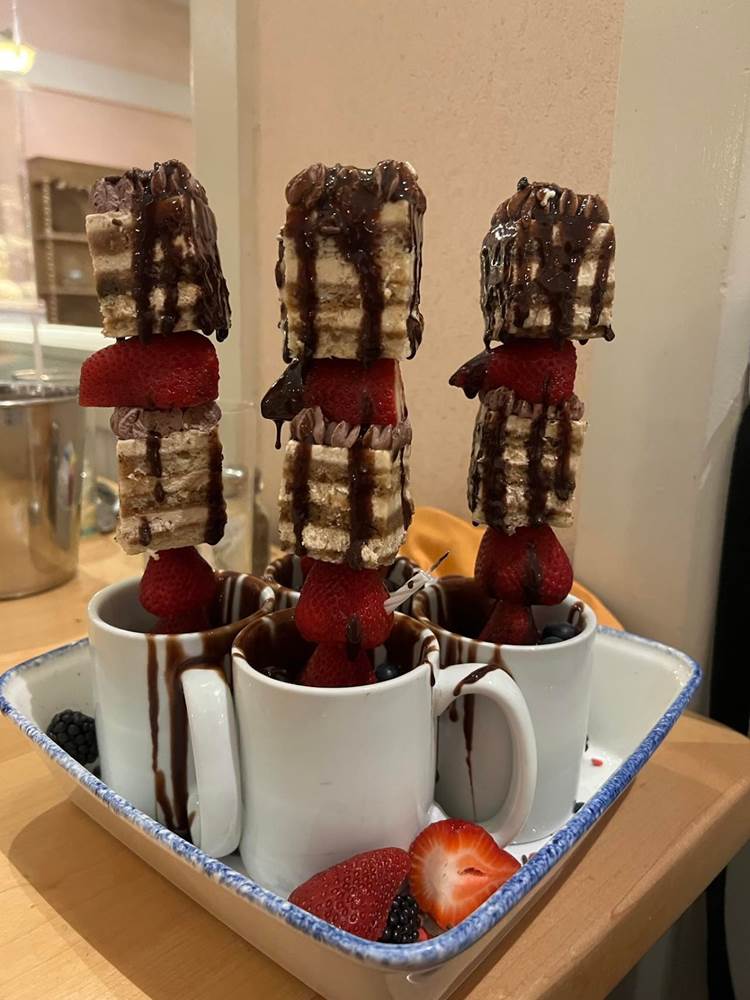 Be sure to save room for dessert, as that’s Chef TJ’s specialty. At your table, he will bring you a dessert tower and sprinkle a bottle of chocolate syrup on it.

That being said, for a restaurant that doesn’t have many vegan options, this was the best vegan meal I’ve ever had at Disney. Chef TJ recommends coming after 8pm so he can devote more time to your meal since he is also the buffet chef.

If that royal treatment sounds familiar, chef TJ was once at Trail’s End at Disney’s Fort Wilderness Resort. He would give the same special treatment there, and when he was transferred to Cape May, many were sad. Luckily, Disney allowed him to continue this tradition of making vegan dreams come true.