My wings are very shrewd

Forget Thanksgiving. The most gluttonous day of the year is Super Bowl Sunday, when bowl after bowl and paper plate after paper plate are filled with bacchanalia that would make even the mad genius responsible for TGI Friday’s appetizer selection blush ( and certainly the ancient Romans). And so, all week leading up to game day, we’ll be delivering our own menu of scientific investigations, origin stories and majestic snacking feats that even the biggest sporting event of the year can’t top. Read all the stories here.

Admittedly, I approach any topic related to blue cheese dressing with a fair amount of bias. From the age of 10, my father and grandfather instilled in me that a house salad without blue cheese was simply not a salad worthy of being honored with a baptism of teeth. Ranch was for kids, French was disgusting, Italian was far behind and what is Thousand Island anyway? (Don’t send me a link – even this one, I don’t care.)

Don’t get me wrong: Bad Bleu cheese dressing is obviously a thing, and there’s nothing more disappointing than sinking your incisors into crispy salad lettuce, only to be disappointed by bland blue cheese, devoid of its characteristic sharpness, with a sour aftertaste and not enough salt to carry it through to the finish. However, when your salad or chicken wings have been accompanied by delicious blue cheese with chunky chunks, I contend there is nothing better.

To untangle such an enigma, we apply the magic of juxtaposition! If we take Ken’s Steakhouse Blue Cheese Dressing and list its ingredients, we see that it is mostly made up of:

Now, when we look at a jar of Litehouse Chunky Bleu Cheese Dressing and Dip, we find that it’s mostly:

Then when you look at a blue cheese dip recipe – courtesy of 15 spatulas – you see that the dip consists of blue cheese crumbs, sour cream, mayonnaise, buttermilk, lemon, salt and pepper.

Essentially, at least when it comes to blue cheese, blue cheese dressing and blue cheese dip are interchangeable whether you buy them off the grocery store aisle or mix them together on your own counter. As a little parting tip, I’ll warn you that no matter how you choose to enjoy your blue cheese, always make sure it’s big. After all, as Dusty Rhodes (probably) once said, “If it ain’t big, it ain’t funky!” 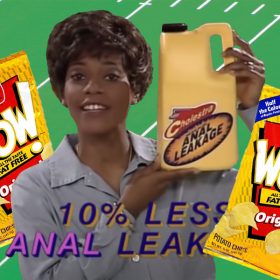 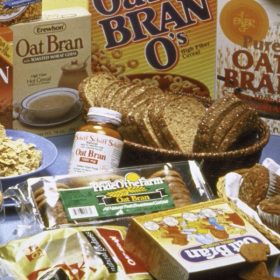