This article is part of a series highlighting the hidden (and not-so-hidden) gems of Vancouver and the surrounding area.

The funny thing about city life is that one person’s hidden gem is another’s usual place.

What may seem off the beaten path and unfamiliar to one person is part of someone else’s daily routine – a place they have known and visited for years. This is what makes life in a city so exciting and dynamic: there is always something new to discover that is, in fact, already deeply ingrained in the fabric of the community.

The city market is one of those “hidden” places. Vancouver has plenty of big chain supermarkets for getting your groceries, of course, but it’s also home to smaller family markets that cater to ethnic enclaves and stock their shelves with lesser-known and harder-to-find goods.

For Mount Pleasant residents, Kim’s Mart is an example of such a place. The Korean grocer stocks everything from rice vinegar to packets of ramen to dozens of brands of gochujang. 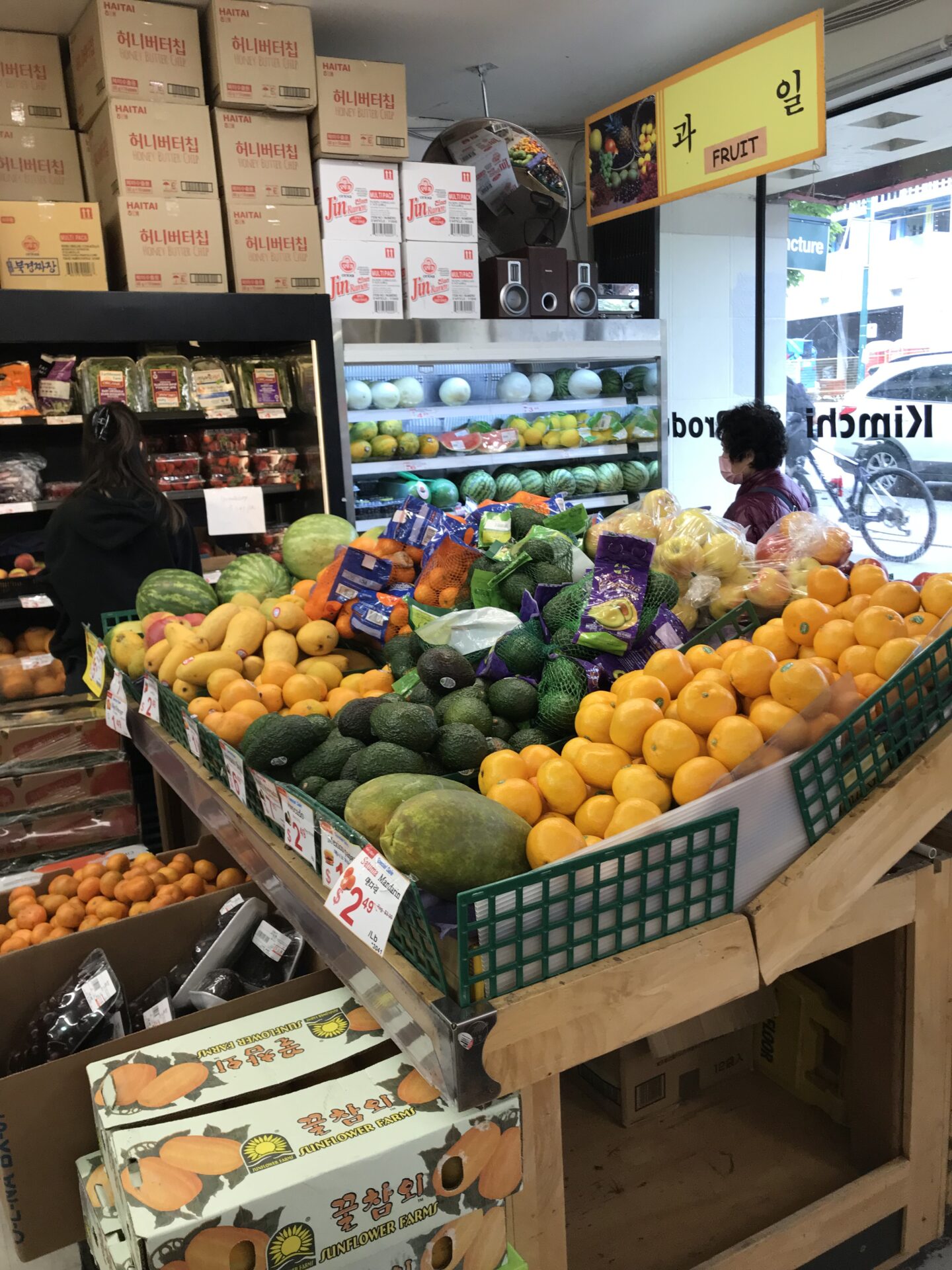 This store has been my go-to place for 90% of my shopping since I moved to the neighborhood three years ago.

The produce selection is wide and varied, and you’ll find Japanese cucumbers alongside giant jackfruit, perilla (a leafy herb that’s part of the mint family), tons of mushroom varieties, and generous bags of gay lan. Kim’s product section structures most of my meals. 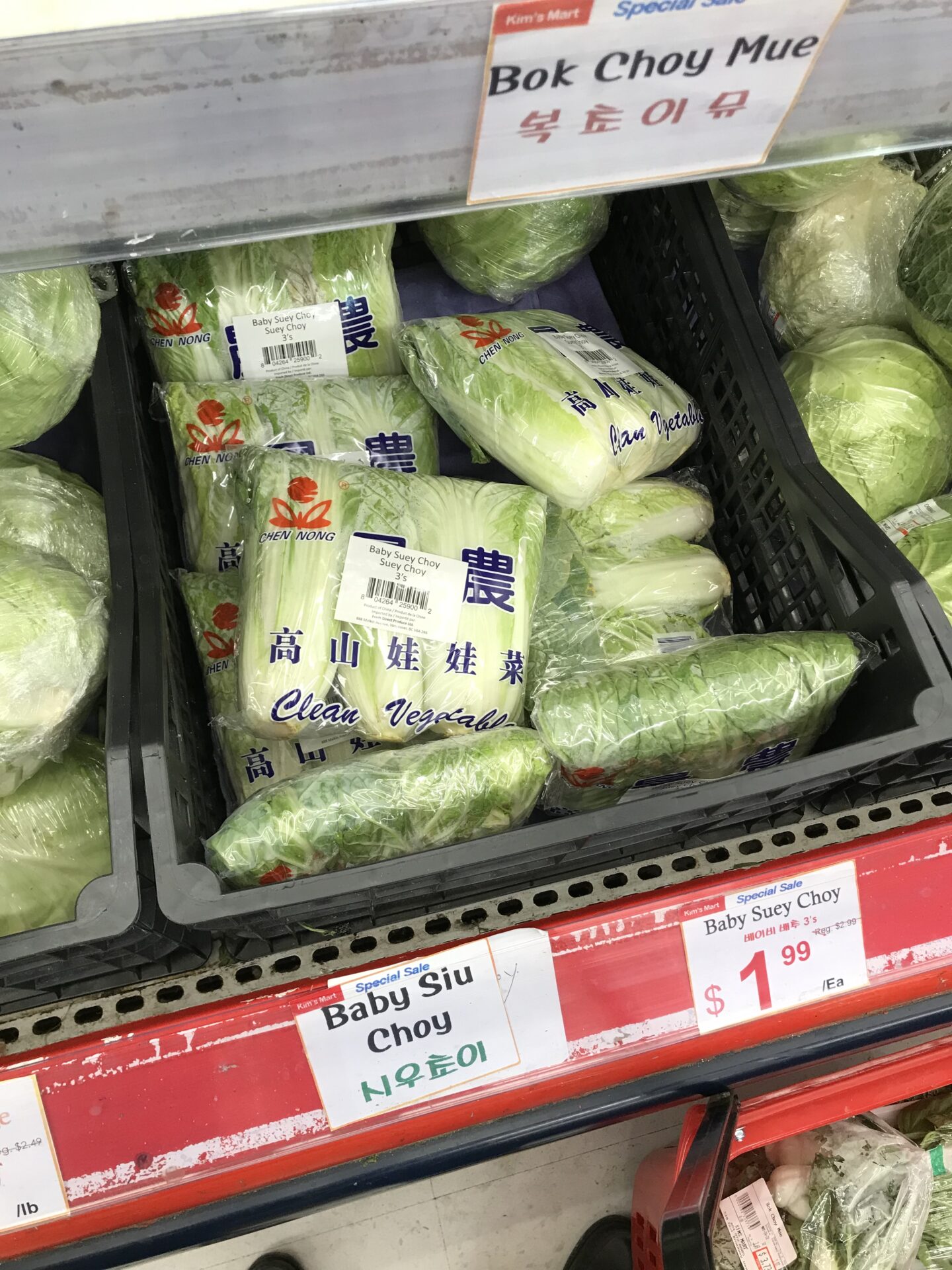 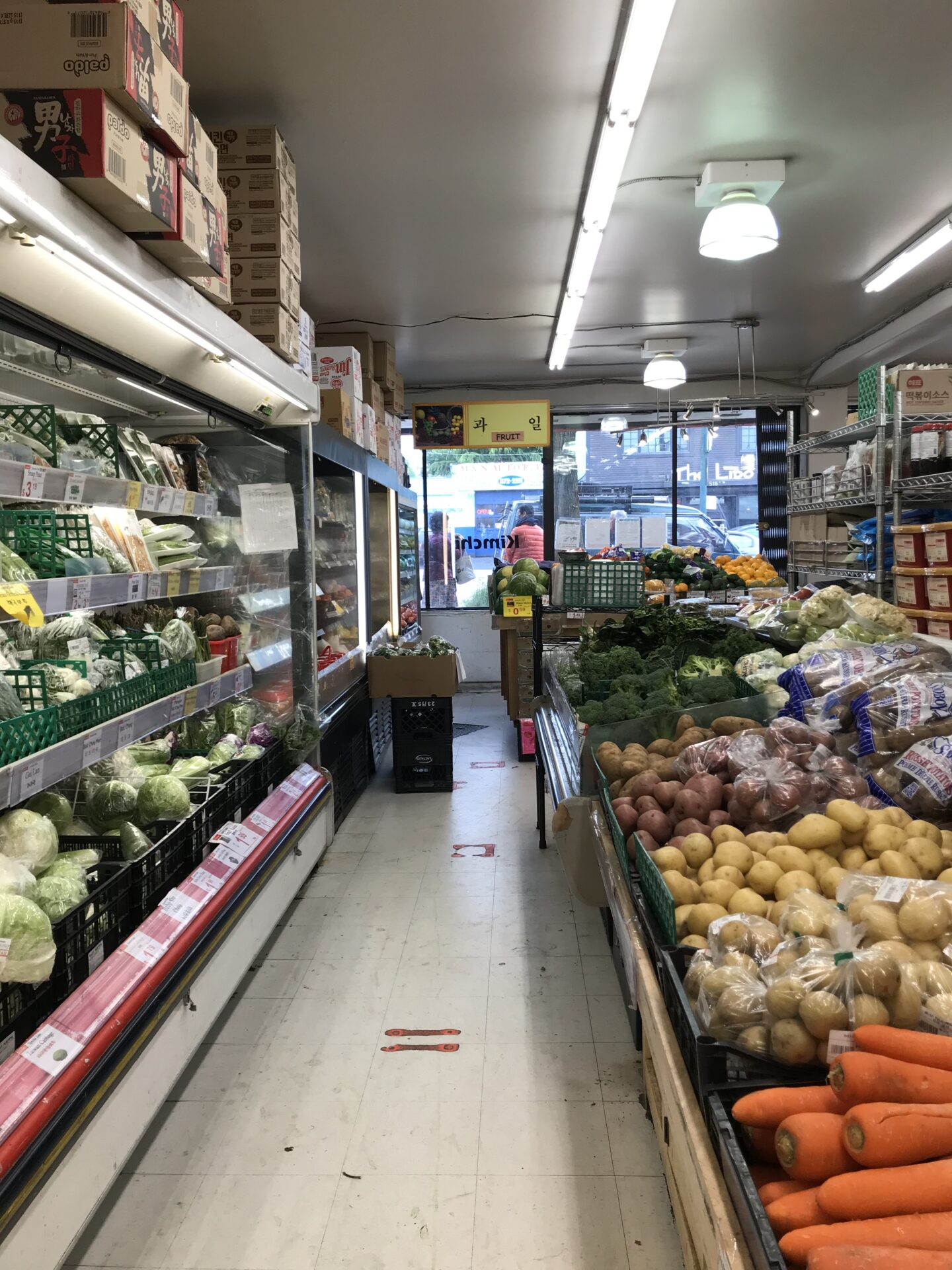 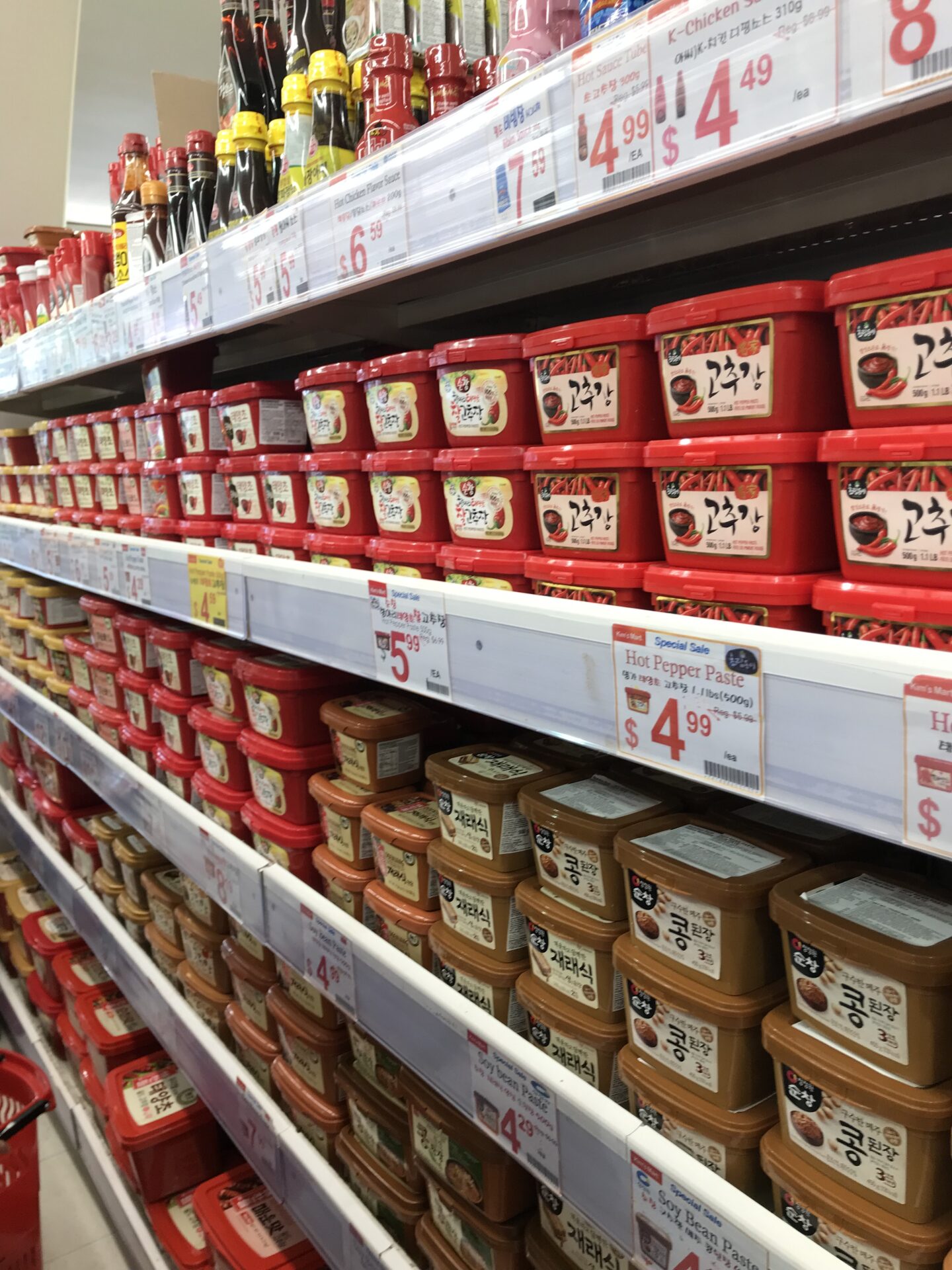 Row upon row of gochujang and doenjang 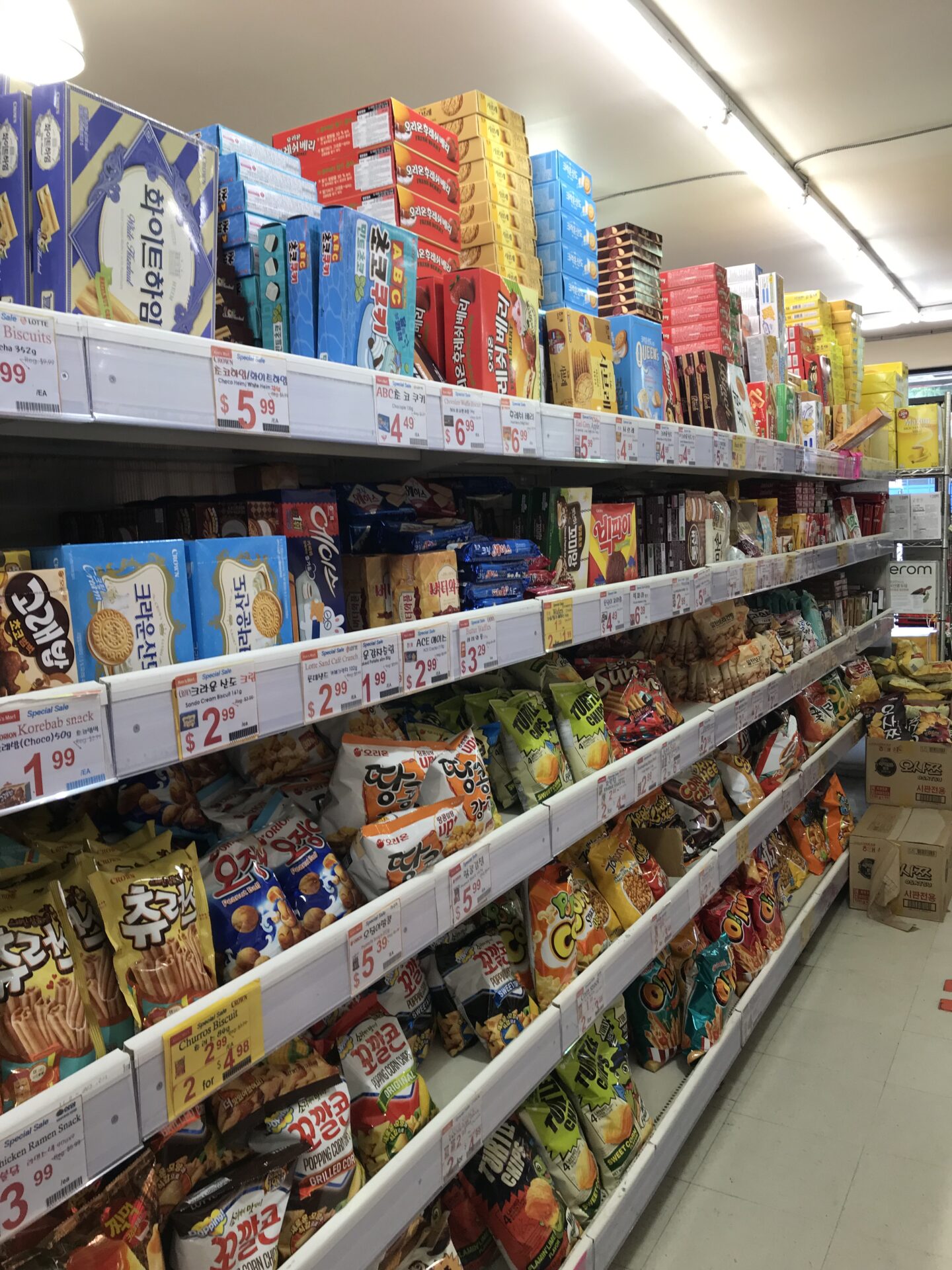 So. a lot. snacks

Kim’s has a freezer section filled with frozen ravioli, seafood, and treats like mozzarella corn dogs. The fresh meat and seafood section is always reasonably priced – this is the place to go if you’re looking to buy a whole fish or an octopus. 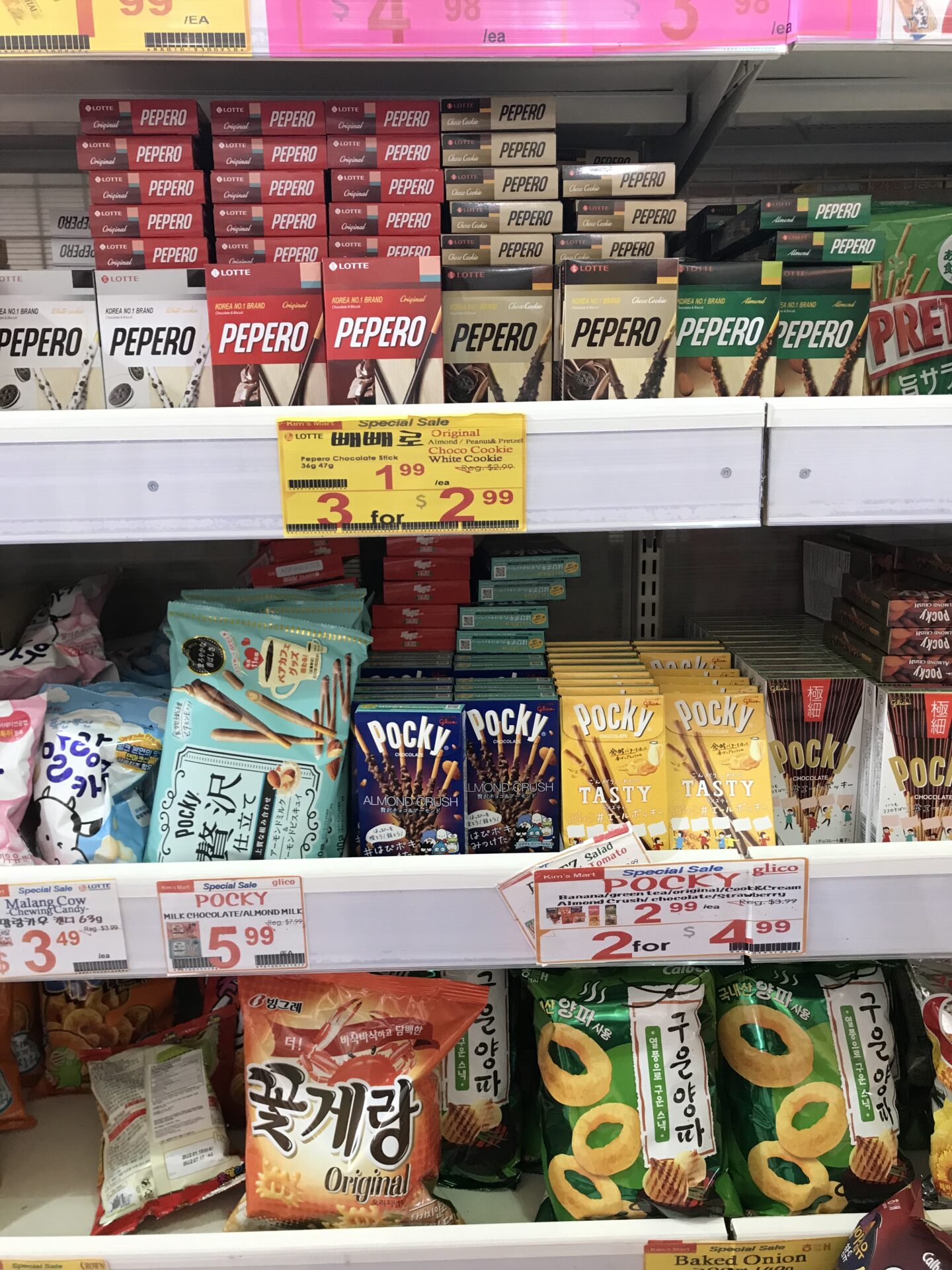 Don’t forget to stock up on products from the refrigerated section before checking out. Kim’s is a great place for wonton wrappers, tofu, fresh noodles (seriously, don’t sleep on fresh noodles), mochi, and homemade banchan wrappers.

You can also grab some of Kim’s homemade kimchi, which they make in several different varieties, including vegan (without fish sauce) and white kimchi. This stuff comes in small containers but also in giant tubs for those who use kimchi as more than banchan (a Korean side dish, often accompanied by rice.)

One of the best things about this part of the market is that you can have lunch while grocery shopping – containers of freshly made kimbap (or gimbap, a Korean sushi), boiled squid snacks and seaweed pickles line the shelves for easy grabbing. take-out options. 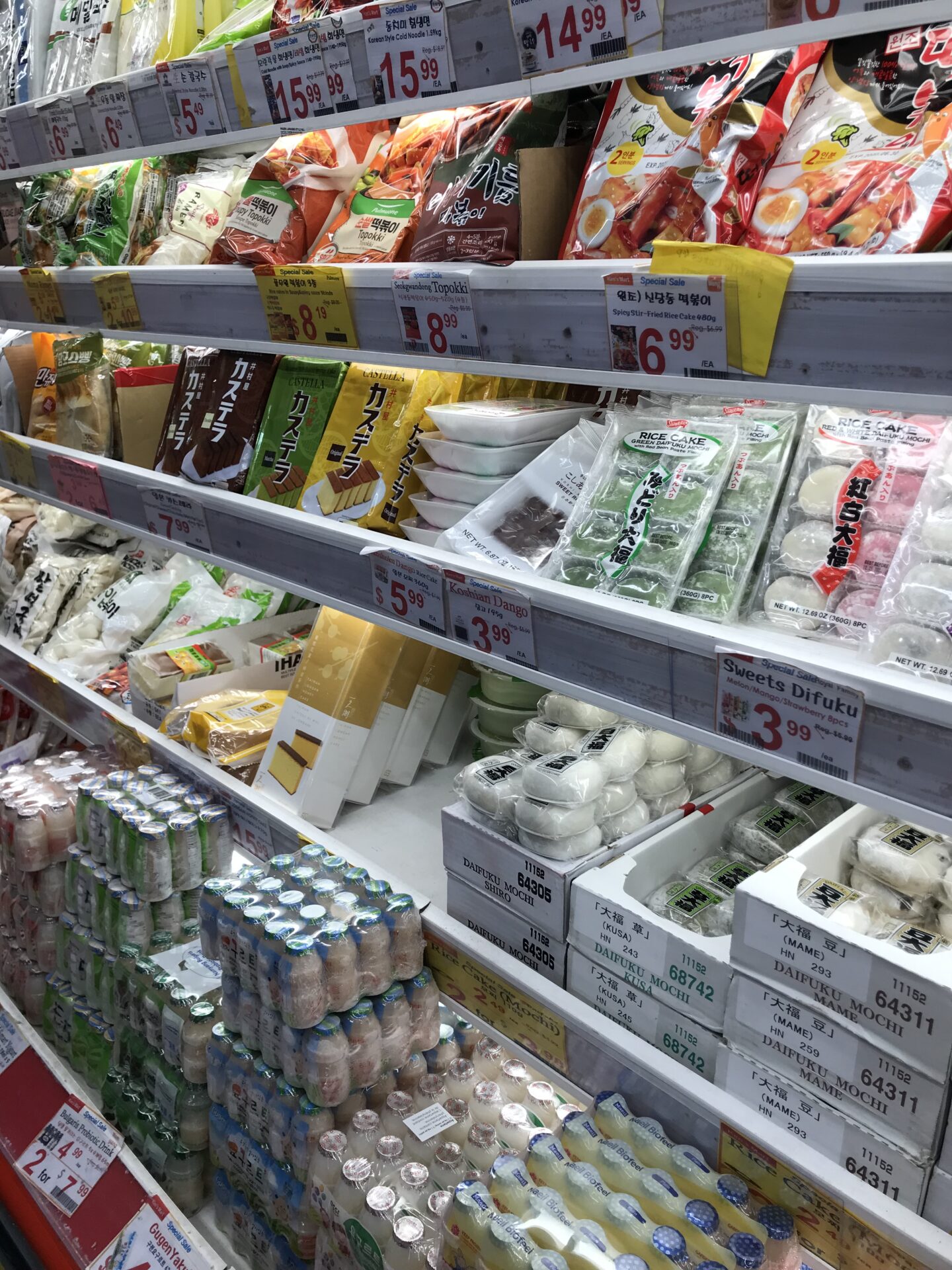 A favorite tradition is to grab one of the market’s paper bags filled with Korean sweet potatoes, roasted on site, and eat it on the way home. 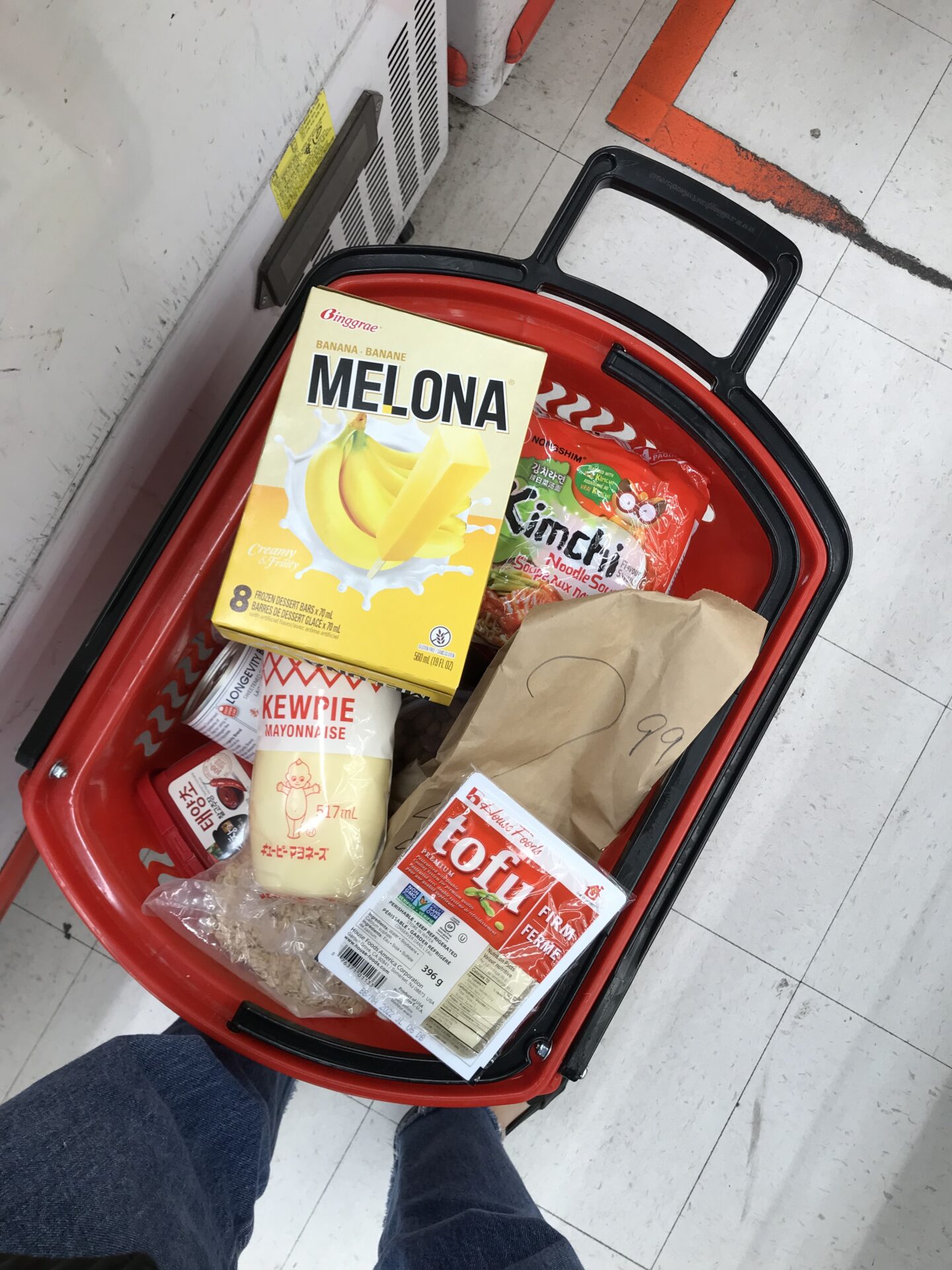 For H Mart fans, Kim’s Mart offers many of the same products, but in a community market setting. I was able to get three bags full of groceries for around $90 – something that would never have happened if I had shopped at one of the other major grocery stores in the area. 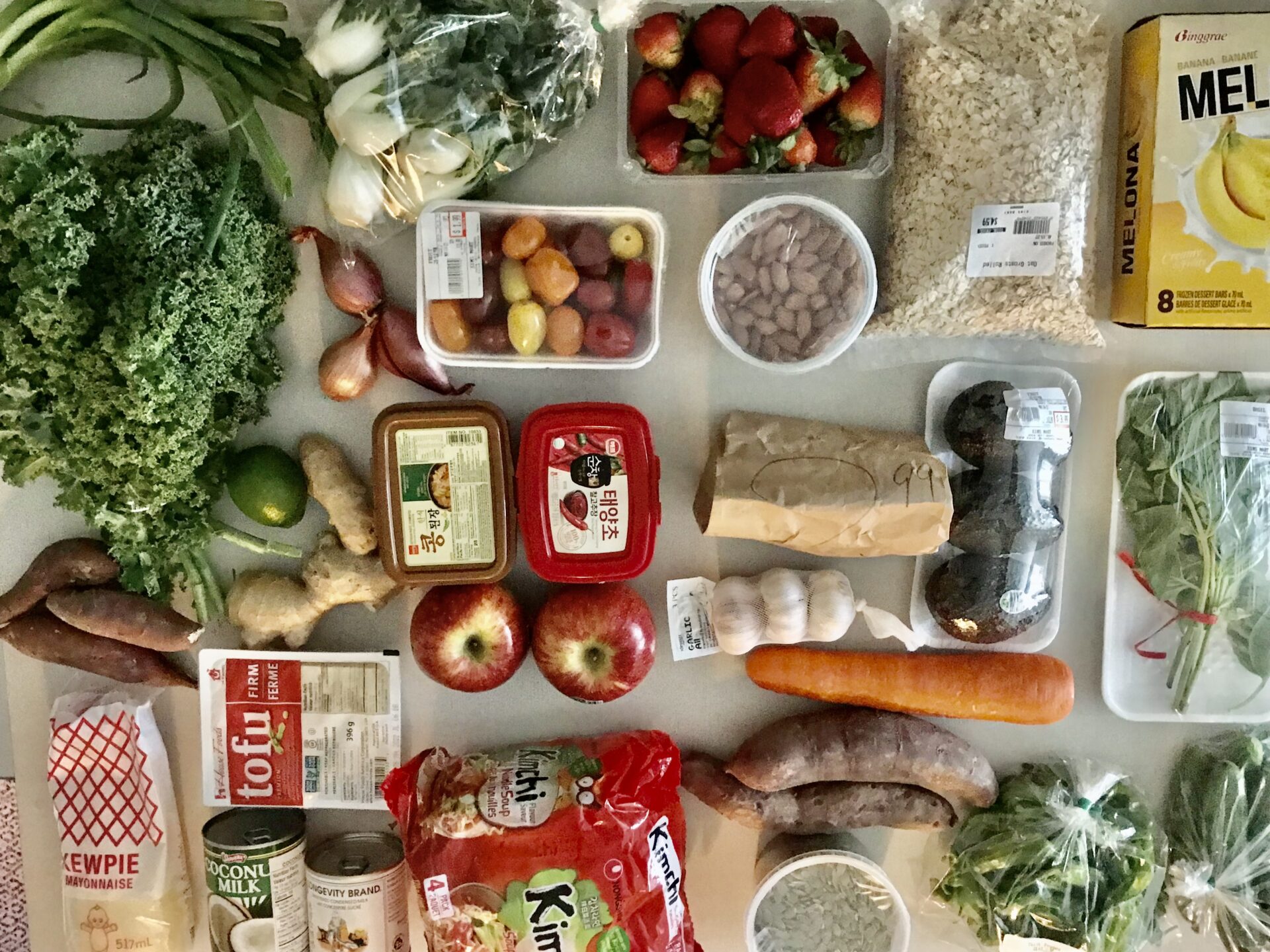 This grocery haul came to about $90

It takes a very particular kind of grocery store experience to feel “inspired” to cook — especially when, for the past two years, most of us have been cooking indoors for most of our meals. But small-scale markets like Kim’s bring back some of the excitement of home cooking, like a magic spell in the form of glass noodles and shishito peppers.

The next time you’re looking for specialty items not found at a Buy Low or Safeway, drop by Kim’s Mart and be ready to be inspired to cook new things – and don’t sleep on roasted yams!